If you are looking to move to a city with an extremely rich history, amazing food, and reasonable housing prices, Thessaloniki is the place to be! Thessaloniki is the second largest city in Greece with a hot-summer Mediterranean climate. The city is located in central Macedonia on the Thermaic Gulf, at the northwest corner of the Aegean Sea. After reading this blog you will know more about Thessaloniki’s environment, nightlife, culture, public transport, housing, health care and some words to get you started 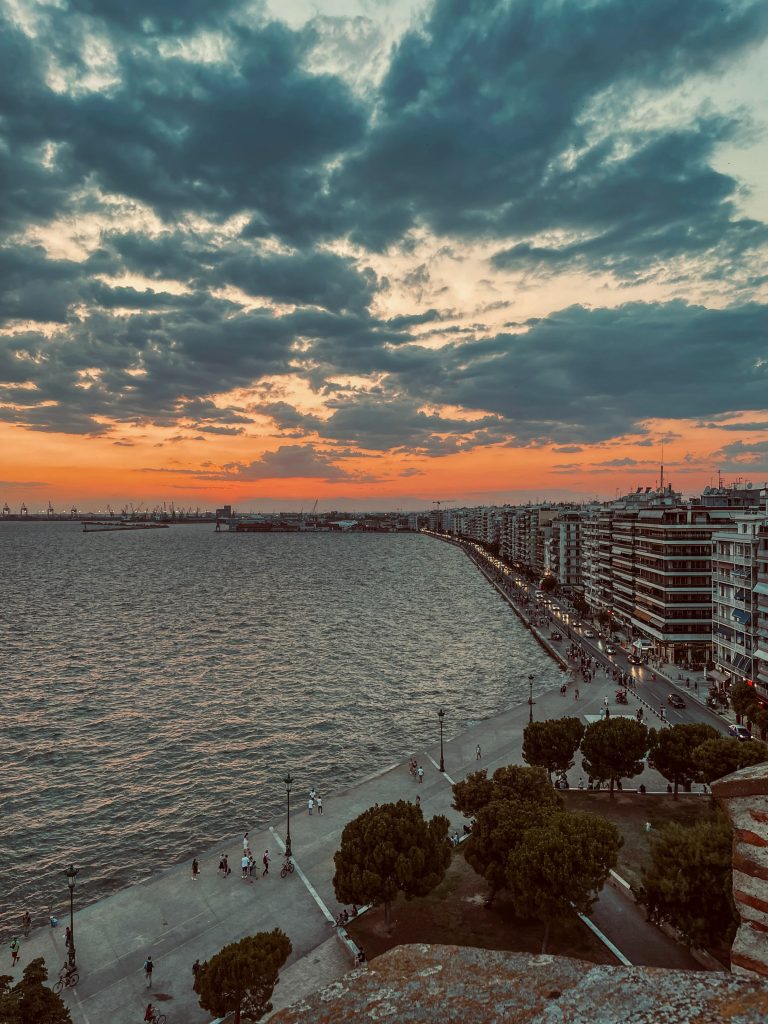 Thessaloniki was founded around 315 BC by king Cassander of Macedon. After the fall of the kingdom of Macedonia, Thessaloniki was made the capital of the Roman province of Macedonia. Afterwards, in the first years of the Byzantine Empire Thessaloniki was considered the second city in the Empire after Constantinople. Then the capture of Gallipoli by the Ottomans in 1345 kicked off a rapid Turkish expansion in the southern Balkans. Thessaloniki remained in Ottoman hands until 1403. In October 27, 1912 during the first Balkan War the Greek army liberated the city, while in 1917 the city faced its greatest disaster ever, as a huge fire destroyed nearly three quarters of the center. This had serious side effects in the following years. During the Second World War Thessaloniki was occupied by the Germans. The entire Jewish population of the city was expelled to the concentration camps of Auschwitz and Bergen-Belsen. The liberation of the city took place on October 27th 1944, same day as the liberation from the Ottomans 32 years earlier.

The city centre divided into several districts, including Dimokratias Square, Ladadika, Kapani, Diagonios, Navarinou, Rotonda, Agia Sofia and Hippodromio, which are all located around Thessaloniki’s most central point, Aristotelous Square. Ano Poli is the heritage listed district north of Thessaloniki’s city center that was not detsroyed by the great fire of 1917 and was declared a UNESCO World Heritage Site. In the Municipality of Thessaloniki, in addition to the historic center and the Upper Town, there are the following districts: Xirokrini, Dikastiria, Ichthioskala, Palaios Stathmos, Lachanokipoi, Behtsinari, Panagia Faneromeni, Doxa, Saranta Ekklisies, Evangelistria, Triandria, Agia Triada-Faliro, Ippokrateio, Charilaou, Analipsi, Depot and Toumba.

The climate of Thessaloniki is directly influenced by the Aegean Sea, on which it is located. Because the city is situated in a climatic transition zone, it has characteristics of various climates. The city has a Mediterranean climate with a semi-arid climate on the border of the city, according to the Köppen climate classification. The annual precipitation is 450 mm. However, the city’s summer precipitation ranges from 20 to 30 mm, therefore it cannot be classified as a Mediterranean climate. Summer precipitation increases gradually to the north and west, becoming humid subtropical.

Cassander of Macedon founded the city in 315 BC, naming it after his wife Thessalonike, daughter of Philip II of Macedon and sister of Alexander the Great. Thessaloniki, a significant metropolis during the Roman period, was the Byzantine Empire’s second largest and wealthiest city. In 1430, the Ottomans conquered it, and it remained an important seaport and multi-ethnic metropolis for nearly five centuries under Turkish rule.

On November 8, 1912, it was transferred from the Ottoman Empire to the Kingdom of Greece. Thessaloniki features Byzantine architecture, including a World Heritage Site with numerous Paleochristian and Byzantine monuments, as well as Roman, Ottoman, and Sephardic Jewish structures. 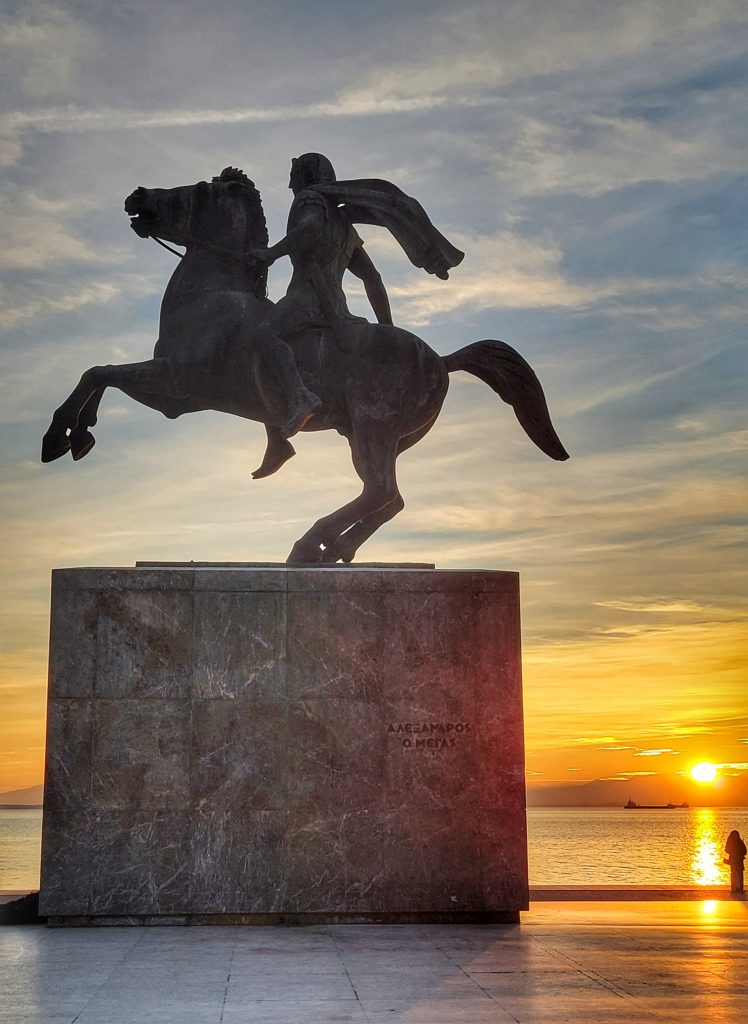 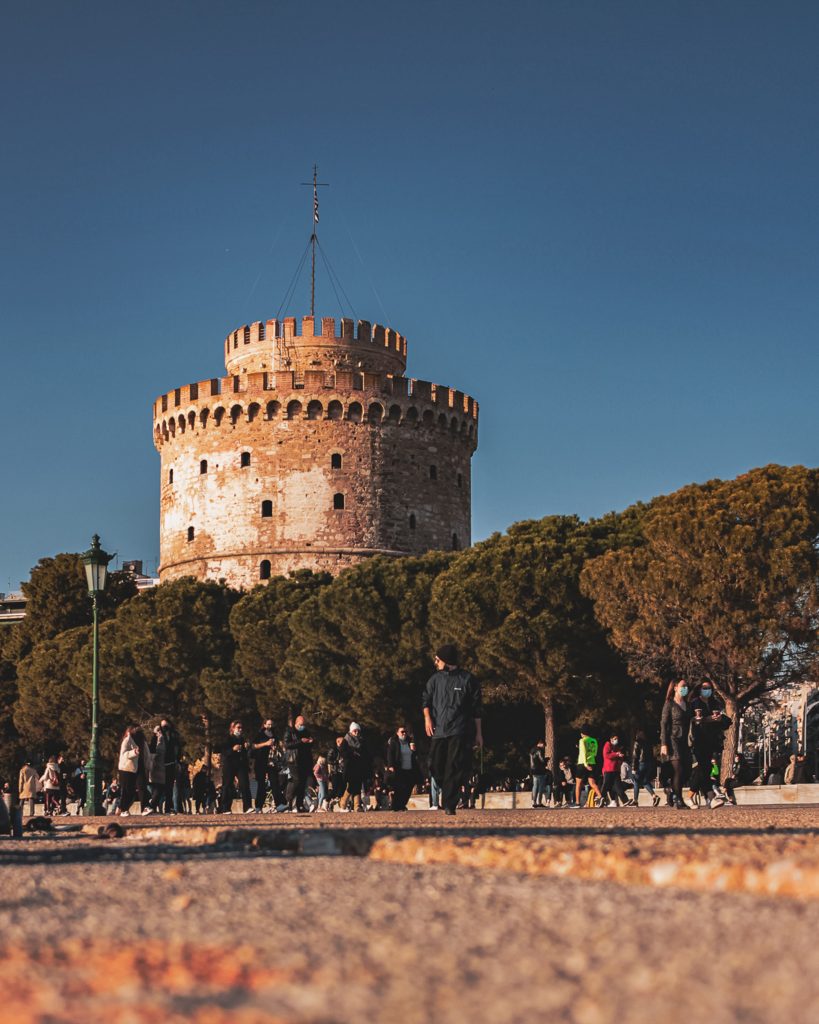 When you move to Thessaloniki there are a lot of attractions you must see. Perhaps the most famous sight is the white tower. This was a notorious prison during the ottoman rule. Nowadays this is a museum and on top of the tower you have an amazing 365° view of the city. The Heptapyrgion Fortress is also a well-known attraction. This is an abandoned Byzantine fortress and notorious prison. Furthermore, Thessaloniki has a whopping 15 World Heritage Sites. Among these are, for example, the Rotunda, the Vlatodon monastery and the church of Saint Demetrius. Lastly, when you are in Thessaloniki, you have to see the Promenade. The Beach Promenade is Thessaloniki’s most well-known and visited attraction. It runs along Nikis Square and passes by the town’s trademark, the White Tower, as well as numerous cafeterias and bars that are open 24 hours a day. This is a popular nightlife destination for both locals and visitors.

The Greek cuisine is based on the triad of olive oil, wheat, and wine, as are many other Mediterranean cuisines. It includes veal, lamb, pork, poultry, beef, rabbit, and goat. Pasta, yoghurt, olives, cheeses, herbs, and lemon juice are also important ingredients. Wheat bread is common, but other grains, especially barley, are also used, particularly for paximathia. Fruits, honey, nuts, and filo pastries are all common dessert ingredients. It carries on ancient Greek and Byzantine culinary traditions while also combining Balkan and Italian influences. Popular dishes in Thessaloniki include Bougatsa, Pork Souvlaki, Kazan Dibi and Gamopilafo. 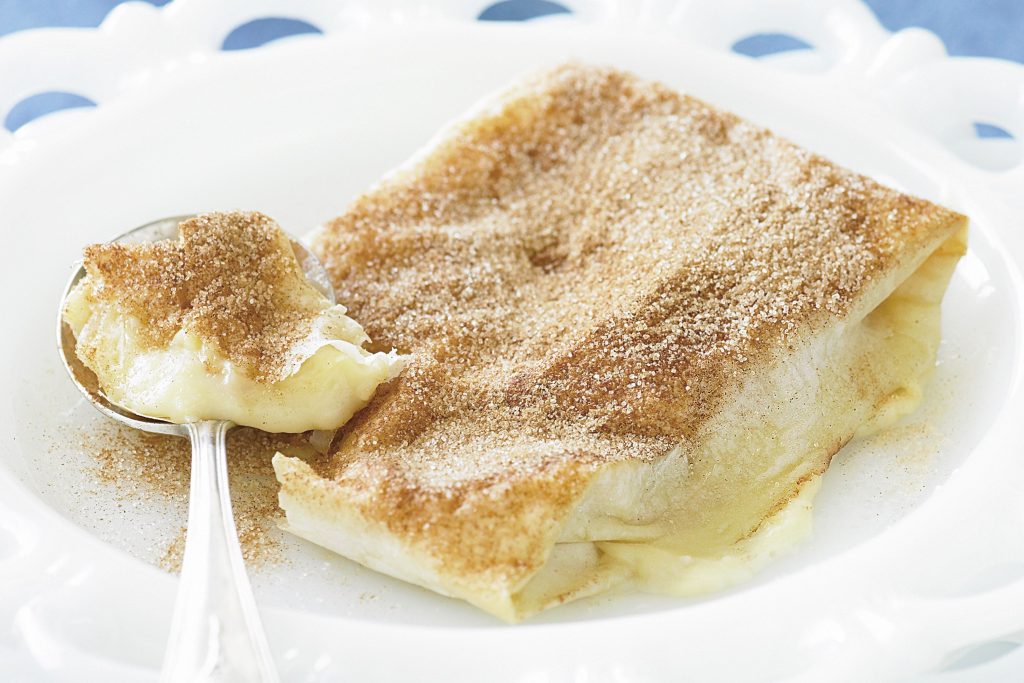 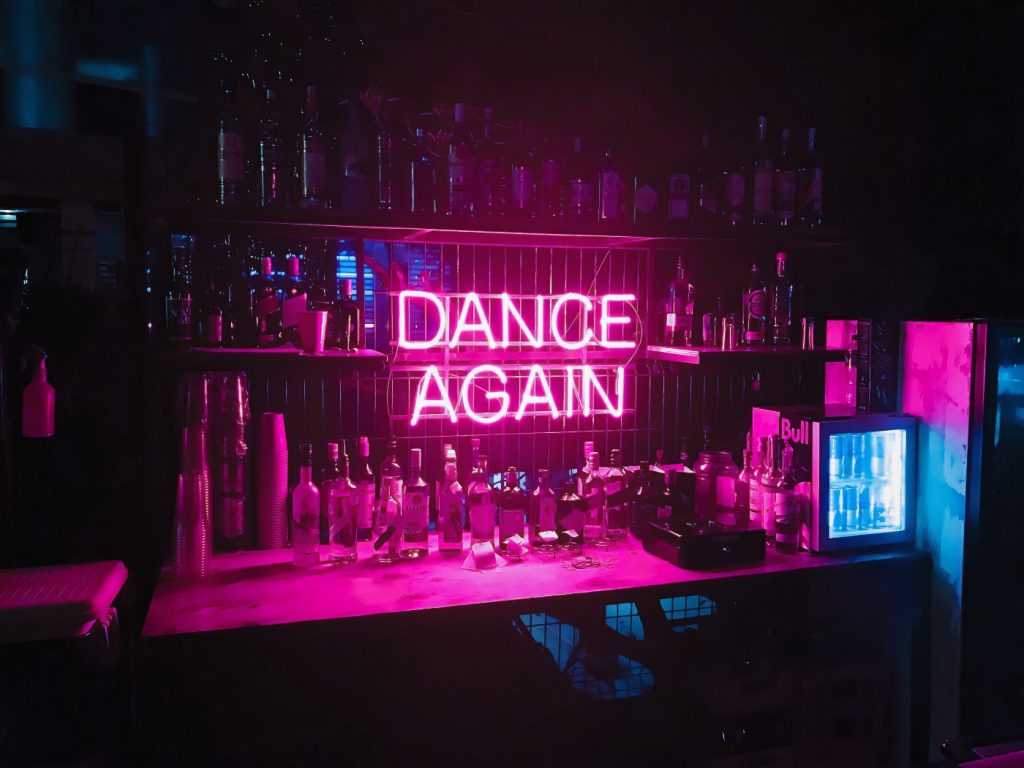 Thessaloniki has an explosive night scene. It is home to some of Greece’s best nightlife. Thessaloniki comes alive every sunset with young people strolling around the town’s bars and cafeterias, which are known for their all-night clubs and uplifting atmosphere. The Beach Promenade and Ladadika are two of Thessaloniki’s nightlife hotspots. There are a lot of lounge cafeterias to enjoy a wonderful night out, as well as the buzzing clubs and bars of Thessaloniki. During summer, there are also bar-boats that leave from Thessaloniki’s port and take a tour of the gulf with a view of the city’s night lights. This is an absolute must when you are planning a night out in Thessaloniki.

The only method of public transportation in Thessaloniki is the bus. The busses are operated by OASTH (ΟΑΣΘ), the Thessaloniki Urban Transport Organization. They have 68 bus lines across Thessaloniki. OASTH also has a website with press releases, tourism, information about the organization, a service page, ticket prices,  a contact page and a page for the disabled. Additionally, the bus operating company has an app available for iOS and Android.

All of the above ticket you can buy the ticket offices of OASTH. Furthermore, the basic ticket and time ticket 2 can be bought in about 1000 stores in Thessaloniki. On the bus itself you can only buy the basic ticket, time ticket 4 and the Culture line and Airport ticket. These are issued by the on-bus publishing machines. Lastly, you can also buy the Culture line and Airport ticket from the escorts of the cultural line (50).

Housing in Thessaloniki is very affordable. Rent prices differentiate depending on location and condition of the living space. On average you can expect to pay around €400 per month for a room in Thessaloniki. However, you might as well get an apartment instead, because an one-bedroom apartment will only cost you between €300 and €400 per month. If you are moving with your family and you need 2 bedrooms, the rent price is around €500 to €600. 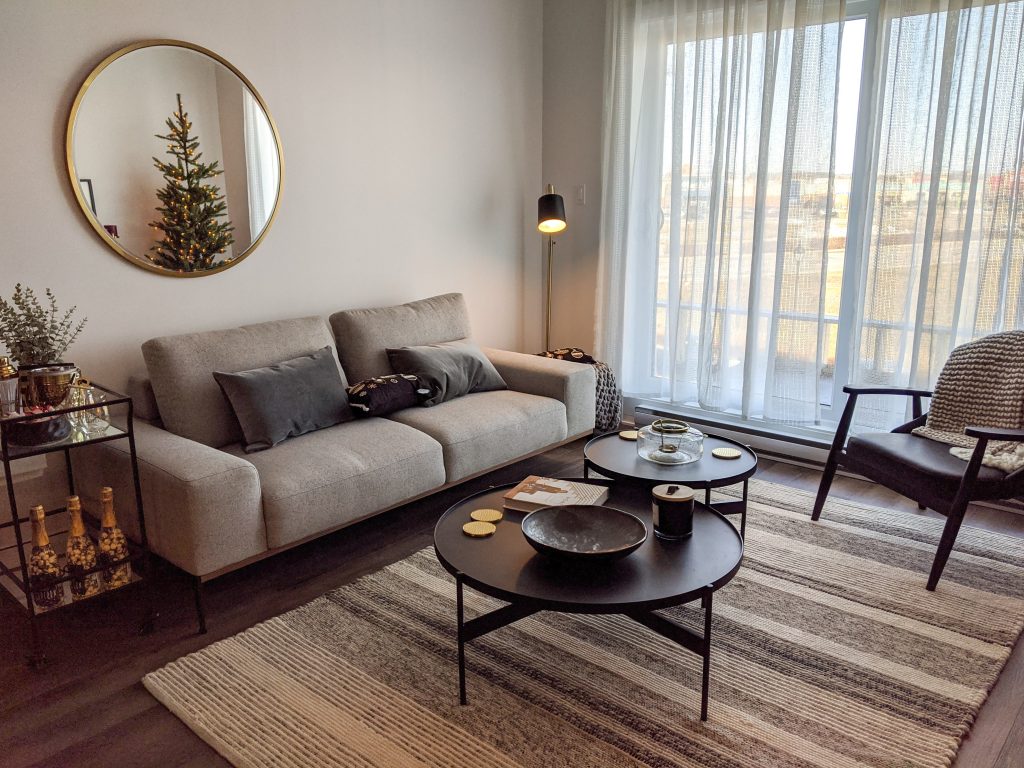 No idea where to start your search? No worries! To make looking for a living space easier, I have some websites for you where you can find places to rent. Additionally, you can try to look for people offering rooms and apartments in Facebook groups

Greece’s healthcare standards are generally high: in terms of procedures offered at both public and private institutions, as well as the number of specialists working in the country, it is on level with other European countries.

In Athens and Thessaloniki, there are a large number of excellent doctors who can handle any medical problem. These cities are also the only places where Greece’s many private clinics can be found, so if you have private health insurance, you must be able to access one of these cities easily.

State health insurance is only available to expats who also contribute to the economy. If you work for a company based in Greece, your healthcare contribution will be deducted automatically from your salary. 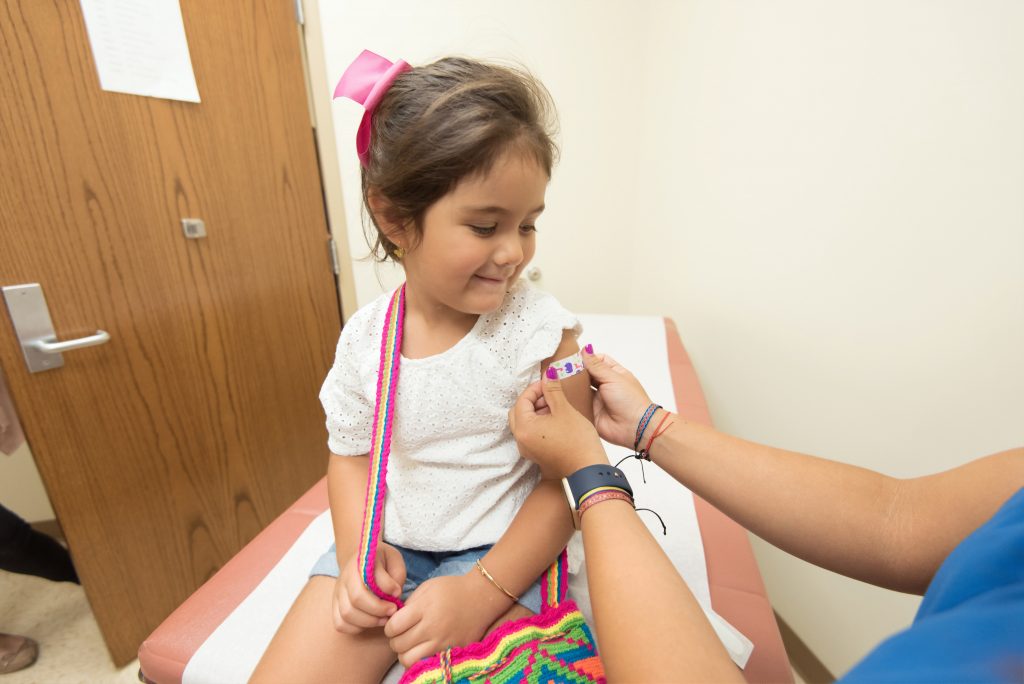 Keep in mind that emergency care in Greece is always free at the point of service, regardless of whether you are a legal resident or not, so you won’t have to worry about not being treated if you have a severe accident. People frequently choose insurance for the aftercare component because it ensures a high level of treatment with additional comfort options.

Here are some important phone numbers to save in case of an emergency:

Thessalonians’ native language is Greek, the country’s official language, while English is the most popular foreign language in use.