Founded over 3.400 years ago, Athens really does make you feel like you have travelled back in time. With relics from many various times, including the Roman, Byzantine, Latin, and Ottoman periods, every step can lead to another wonderful discovery. This city is a must-see for everyone interested in archeology.a

In this blog we will give you some insights about the city, environment, activities, public transport, housing, and healthcare. We will provide you some links which give you even more information on the topics we are about to share with you.

Athens is Greece’s capital and largest city. It is the centre of all centres in the world. Athens is the city of the Olympic Games, the city of world-famous artists, a cultural hub with festivals and international events, a scientific centre with countless museums with unique finds and exhibitions. From the Acropolis you have a beautiful overview of Athens, the historic Agora, the church Agia Apostoll and the cosy Plaka.

Athens is one of the world’s oldest cities, with a history of approximately 3.400 years and its earliest human presence beginning somewhere between the 11th and 7th centuries before Christus. Athens was a powerful city-state. It was a centre for arts, learning and philosophy, and the home of Plato’s Academy and Aristotle’s Lyceum. It is widely referred to as the cradle of Western civilization and the birthplace of democracy, largely because of its cultural and political impact on the European continent, especially ancient Rome.

In modern times, Athens is a large cosmopolitan metropolis and central to Greece’s economic, financial, industrial, maritime, political and cultural life. In 2021, the urban area of Athens hosted more than three and a half million people, which is about 35% of the entire population of Greece. 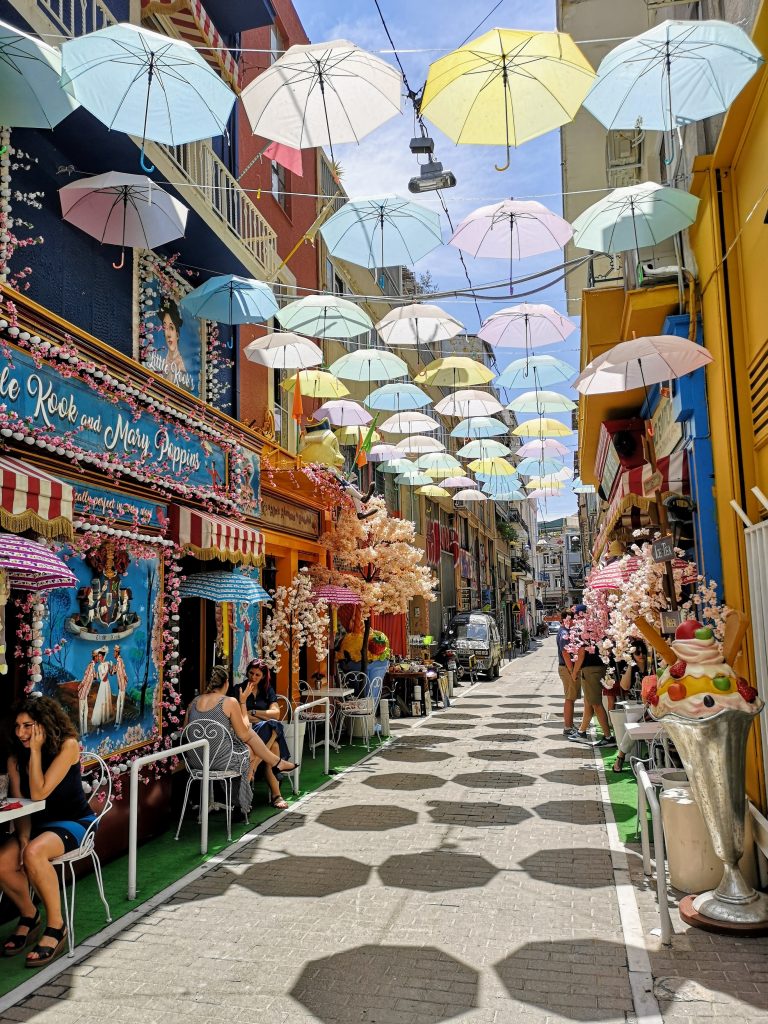 Athens is surrounded by mountains. The mountains that surround Athens separate the peninsula into three plains: Pedia, Mesogeia, and Thriasia.

Athens has a mild winter, but sometimes there can be outbreaks of cold air in December to March. This happens via the Balkan Peninsula, which brings cold and rain for some days and sometimes even snow. Snowfalls occur more in the northern part of the city. Acropolis, the city centre, is whitened with snow more easily than the lower surrounding areas.

The summers in Athens are hot and sunny. Athens is in summer the hottest capital of Europe. In July and August, the temperature reaches quite easily 35 degrees Celsius. But during heatwaves, it can reach as high as 40 degrees Celsius.

Precipitation is not plentiful in Athens since it amounts to 365 millimetres per year. Most rain falls in the months November to February, the least rain falls in summer. The amount of sunshine in Athens is great in summer. On average there are almost 28.000 hours of sunshine per year. Which means that Athens is one of the sunniest cities in Europe.

Athens is filled with archaeological treasures. The Acropolis and Parthenon are the big draw for visitors, but the city is littered with ancient Greek and Roman ruins. Athens feels like taking a step back in time, a wonderful history lesson that is great for everyone.

The Acropolis is the most popular place to visit in Athens. The best time to visit the Acropolis is at the opening time and the last two hours before closing, to avoid big crowds. The Acropolis, a fortified limestone plateau topped with the Parthenon and several other historical sites, rises from the heart of Athens. Other historical monuments around Acropolis are the Temple of Athena Nike, the Erechtheion, the Odeon of Herodes Atticus, and the Theatre of Dionysus. 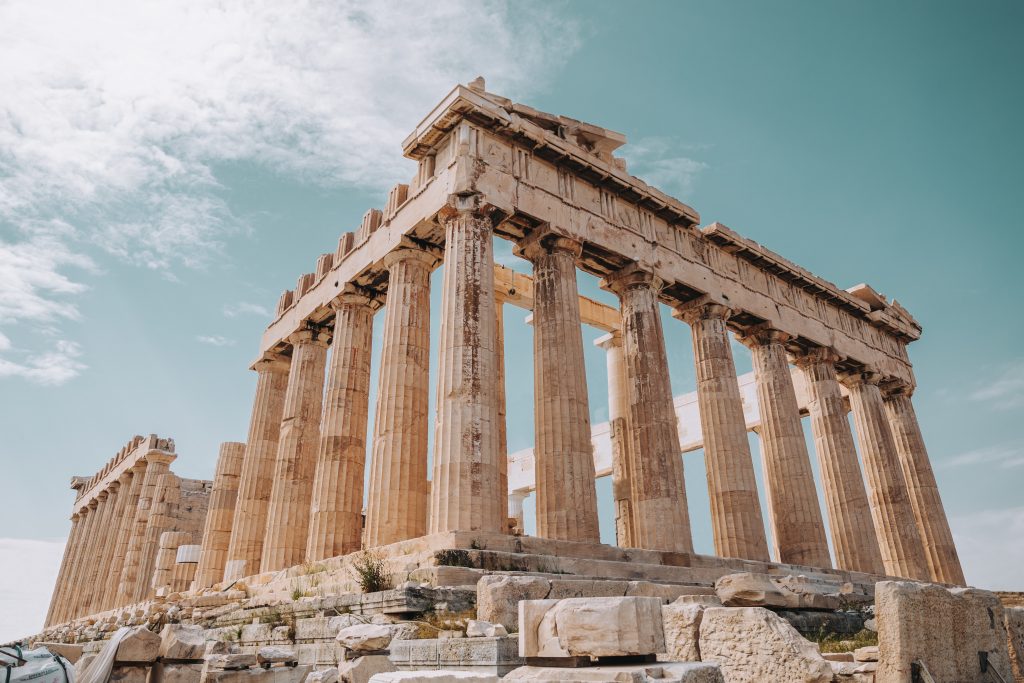 Located near the Acropolis is the Ancient Agora. The ground is littered with the ruins of buildings and walkways. There are two important places to visit, the Temple of Hephaestus and the Stoa of Attalos.
The Temple of Hephaestus is one of the best-preserved Greek temples. It was constructed to honour the god Hephaestus, the patron god of fire, metal working, and craftsmanship.
The Stoa of Attalos is a building that was built in the 2nd century. The building was reconstructed in 1950.

Plaka is a neighbourhood in Athens that stretches from the Acropolis to Syntagma Square. It is one of the best places in Athens to go shopping. Ermou Street is a pedestrian street lined with popular stores. Anafiotika is a charming, older section of Plaka with narrow, photogenic streets and shops.

Monastiraki square is known as a busy, bustling spot in Athens. It is located in the heart of Athens, near Hadrian’s Library, the Ancient Agora, and it is a short walk from the Acropolis. From this square you can visit the Greek Orthodox church, a mosque, a metro station, the pillars of Hadrian’s Library, and a lot of shops. On Sunday’s there is a big flea market. 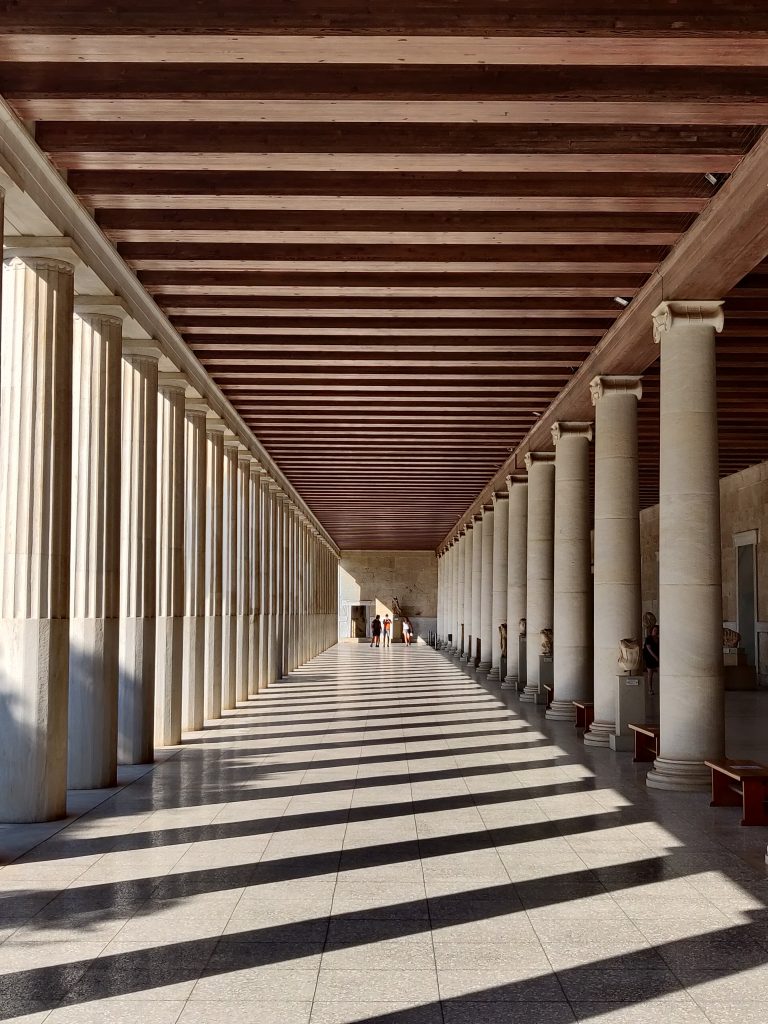 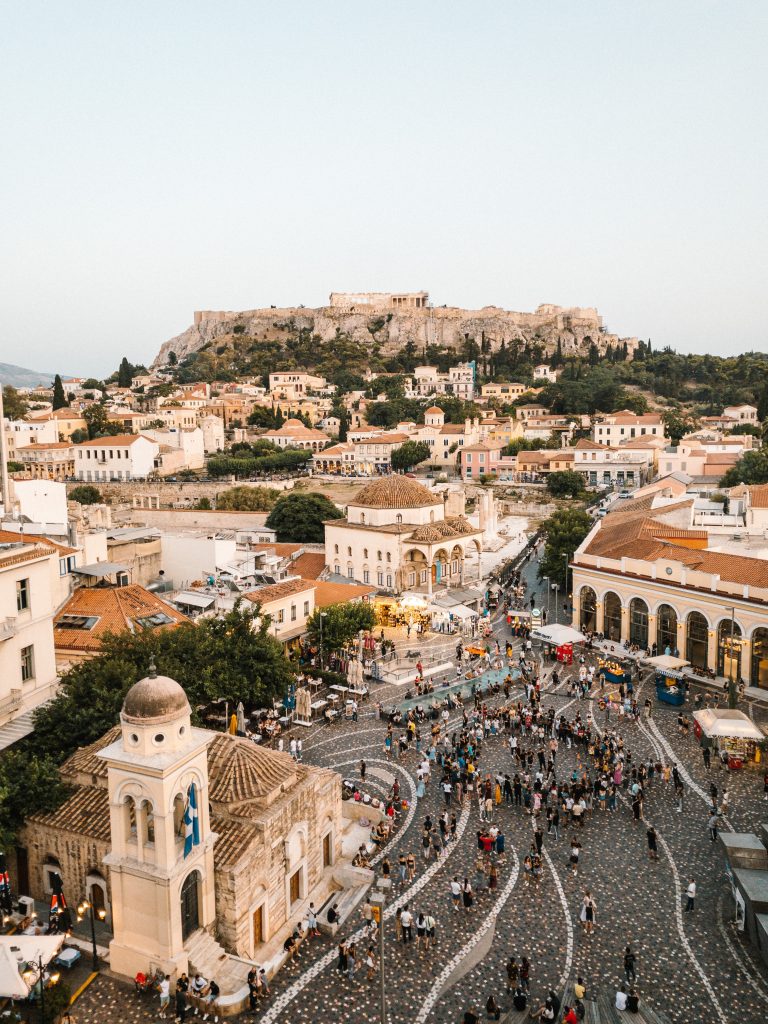 You can easily discover the city on foot. Even the beach is a stone’s throw from the Old Quarter. Walking is a good opportunity to discover the city, but public transport is also generally good. There is a network of trams and city buses. City buses of the bus company TAM (Transporte Alicante Metropolitano) run through the city. There are also five tram lines in Alicante.

A single bus ticket costs €1,45, which you can buy at the bus. Please note, bus drivers give change up to €10. If you think you are going to use the bus a couple of times, it could be a good idea to buy a rechargeable card named Móbilis. You can buy a rechargeable card at the TAM-office, located at Calle Díaz More 6 (near the Central Market) and at Muelle de Poniente (close to the Port, in the Central Bus Station of Alicante). A rechargeable card costs €2,- or €4,- when you personalise it with a picture. You can put money on it depending on how many rides you want to make. A single ticket cost €1,45, but with a 10-ride Móbilis card it cost €8,70, or a 30-ride Móbilis card for €26,10. These cards can also be used for the tram.

The Athens Metro has 3 lines.

The metro connects important landmarks of the Greece capital, such as Acropolis, Athens Airport, Port of Piraeus, Central Railway Station, and Olympic Stadium. It also connects to the centre of Athens with the suburbs. Archaeological exhibits found during Metro’s construction and modern works of art are exhibited in many stations.

The Suburban Railway is part of the national railway network of Greece. It is operated by private company TrainOSE.

There are 3 main routes: 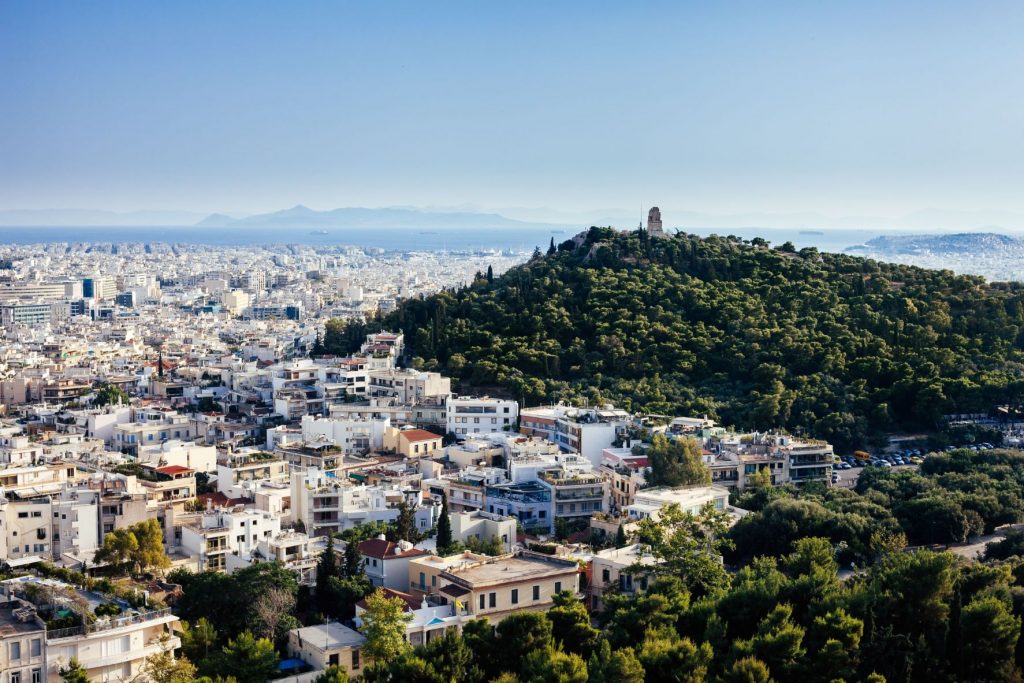 Taxis are yellow in Athens, while other colours are preferred elsewhere in Greece. They can be more convenient means of transportation. While many taxi drivers are excellent professionals, it is possible that some of them try to gain more opting for the longest route when their passenger is not familiar with their destination.

Plaka. Many of the establishments in what was formerly the nightlife sector were shut down by the government to deter undesirable elements. It’s now a bright and airy neighbourhood that attracts both tourists and locals. There are plenty of opportunities to look in the many shops and explore the cafes and restaurants. Plaka is great for families and calmer sorts.

Gazi. Is a little bit cheaper than Plaka. Gaiza is just a 20-minute walk to the key attractions and it is a lively place in itself. In Gaiza there is a cultural neighbourhood. There is an old factory that has been turned into a unique museum.

Psyri. Has a great nightlife. If you like to go out, dance all-night long and drink in a hipster cocktail bar then this area is perfect for you! Psyri is a relatively cheap neighbourhood for drinks.

Exarchia. It is a busy area with a lot of art spaces, street art and coffee bars are popping up everywhere. 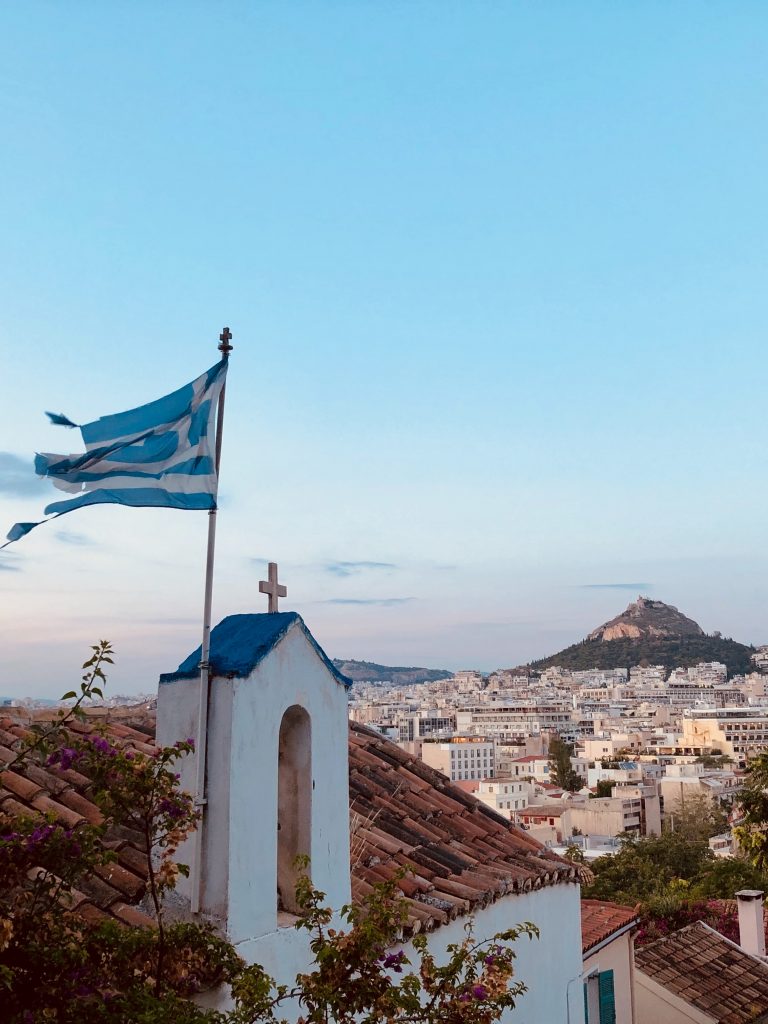 To help you a little bit with searching, we created a list special for you! Some websites for renting apartments in Athens are:

The overall standard of healthcare in Greece is generally high. In Athens you will find a high number of excellent doctors who are able to deal with all medical problems. Although there is some variation between the mainland and many smaller islands, due the financial crisis back in the past.

Greece has a National Health System (ESY) that seeks to provide all citizens with free and equal access to high-quality health care. The system is made up of a combination of public and private health service providers that are separated into three categories: primary, secondary, and tertiary.

If foreign residents and their families contribute to the Social Insurance Institute (IKA), they have access to free or low-cost public healthcare. IKA is a public insurance company that manages Greece’s social security. Expats must apply for national health insurance, which is managed by IKA, as soon as they begin working, and they will be issued an AMKA social security card. Patients must pay a charge for prescription medicines, although medical care provided by IKA-approved practitioners if often free.

Free laboratory services, maternity care, medical-related appliances or devices, and emergency transportation are among several benefits. Other European Union citizens are also able to get free healthcare if they have a European Health Card, which entitles the bearer to public healthcare insurance for a certain time. Pensioners from EU nations who intend to settle in Greece and get their pension from their home country are also eligible for state health benefits. 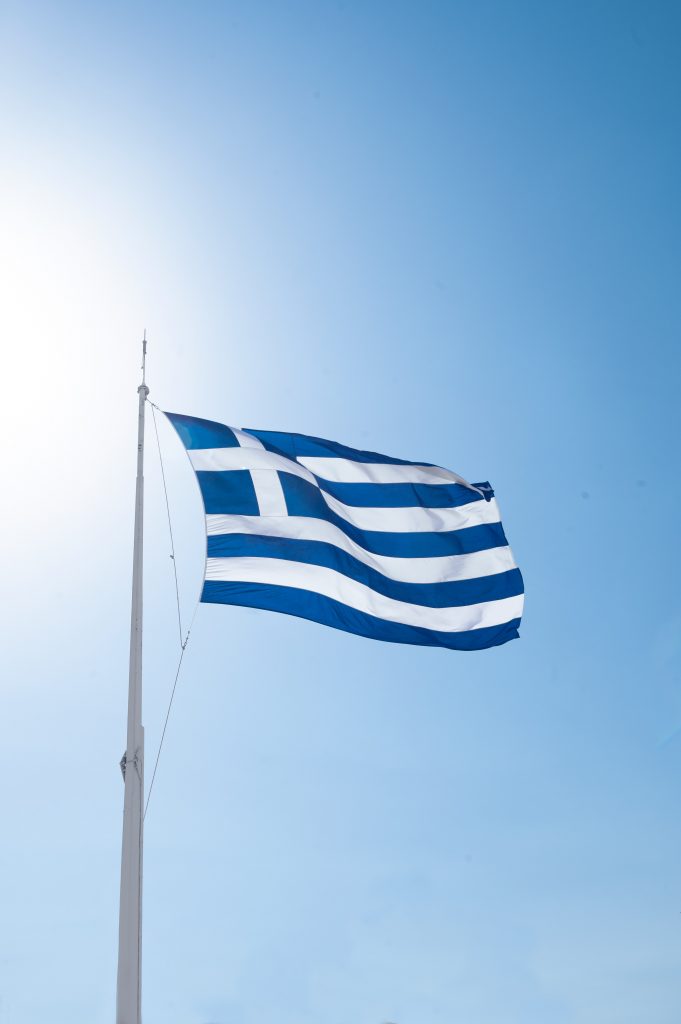 In bigger cities, public ambulance services, known as EKAV, are widely available, and response times are generally good, however access to some islands and rural areas may be limited. Private ambulances, EKAV helicopters, and taxis may be viable alternatives in this case for emergencies in more rural places.

If you call 166 operators may not be able to speak English, so you may wish to rather dial emergency number 112 for an English operator.

Greeks is not an easy language to learn, because of the different orthography. That is why we help you a little bit with the most common words in Greek. It is often much appreciated if you make an effort to say something in Greek; even if all you can do is say hello! If you walk through a less touristy town in the evening, you will see the residents sitting outside their house, usually with several neighbours. As soon as you greet yourself you will see a big smile on most faces and of course they greet you back.